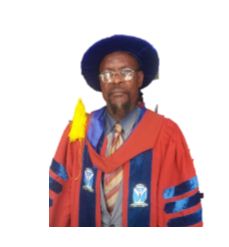 Dr. Sule Philip Ivoms Ogah was born to Ogah Nweke Ongele and Orogwu Ogah on 15th July 1959 as the last male child of the family of 13 wives and 60 children in Obuegu Ohatekwe Amagu, Ikwo Local Government Area of Ebonyi State Nigeria. He was less than 6 months old when his father died. He was entrusted into the care of his elder step brother Alike Ogah. He started primary school rather late for his age in 1972. He was however, very brilliant in school and maintained first and second positions in his class
throughout his primary education. He passed common entrance examination into Ezzikwo High School Amuzu, now Ezza High School where he passed General Certificate of Education in 1982. He worked briefly in Nigeria Defence Academy as a very junior staff.

He became a muslim in 1984 and moved to Maiduguri. He tried to go to school of nursing between 1984 and 1985 without success, even as he had been taking1st place in all entrance examinations of school of nursing. The reasons advanced for not taking him into school of nursing was that he has a lymping leg which according to them will not allow him smooth handling of patients. In 1986 he gained admission into the University of Maiduguri to read diploma in Science Education, a programme he completed with distinction in 1988. He immediately went back by direct entry into the University of Maiduguri in 1989 for B.Sc. Chemistry which he completed in 1992. In 1995, Dr. S.P.I Ogah, as he is fondly called, went back to University of Maiduguri for M.SC. Analytical Chemistry and completed the programme in 1998. His quest for Education and love for university Education took him back for his Ph.D. in Analytical Chemistry. He completed his Ph.D. programme in 2013. Dr. S.P.I Ogah served as a Chemistry teacher and Principal of Mairi Islamic Secondary School, Maiduguri from 1991 to 2002, a job that saw him through his University education as he was working and schooling at the same time. He left Mairi Islamic Secondary School in 2002 and joint Ebonyi State University as an assistant Lecturer where rose to senior lecturer. He held various positions in the University, Community,
State and the National levels. He left Ebonyi State University in December 2015 and joined Federal University Lafia on merger of service having spent thirteen years of meritorious service with Ebonyi State University Abakaliki. Dr. S. P. I. Ogah is a widely travelled person having some major cities in the world including London Makka.
Immediately after his diploma in 1988 he got married to a beautiful girl, Mariam Ogah, precisely at the age of 30, a woman that gave him five Children, two boys and three girls.
Research Interest: Analytical/Physical